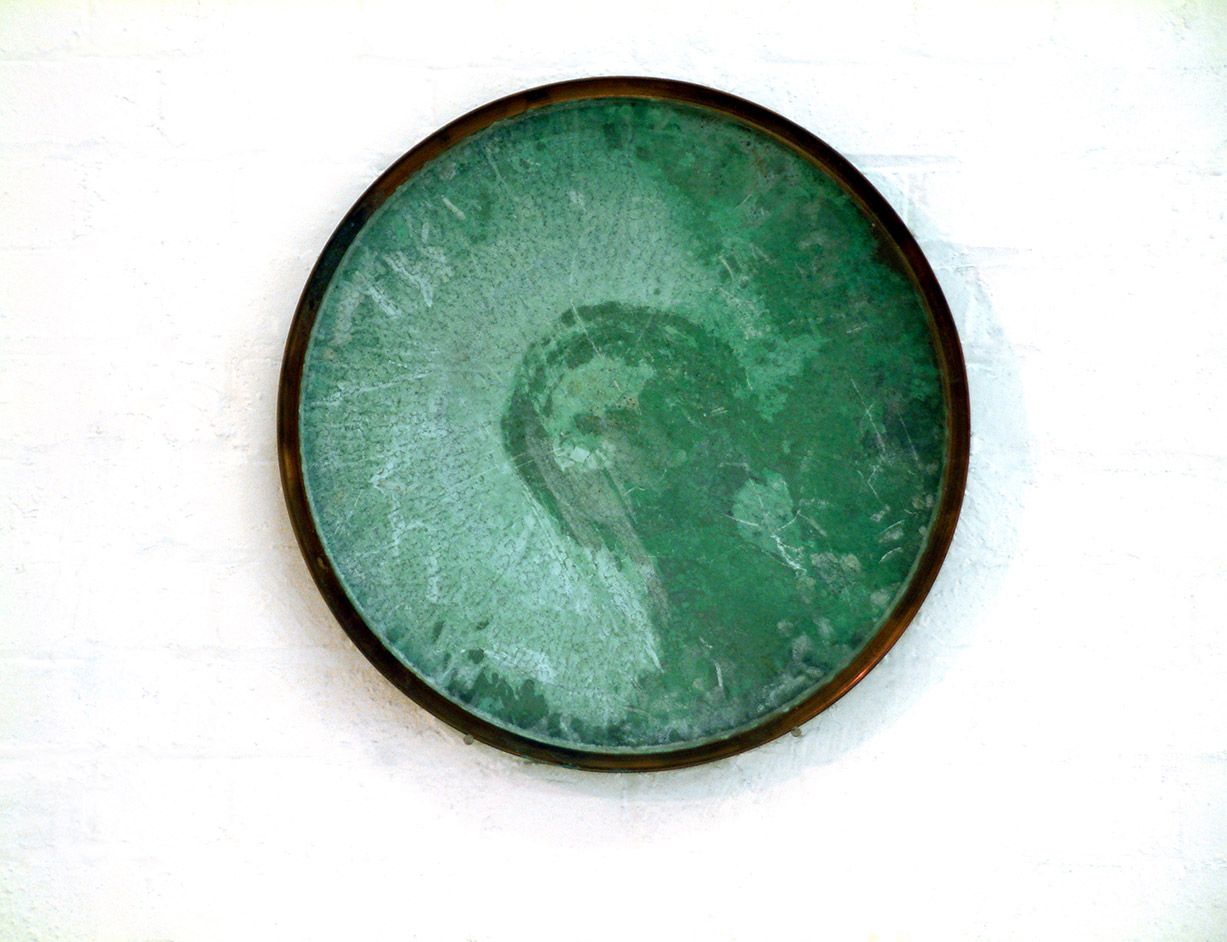 Untitled (Memento Mori) is a bronze shield that has been oxidised, painted and lacquered. At the centre of the shield is a human skull, etched and painted into the oxidised bronze using a complex and unique series of processes to produce the optical illusion contained within the artwork. The surface is highly reflective and the skull is barely visible; it can only be seen when viewed from certain angles and completely disappears when viewed from others.

Human skulls have often been used in art to illustrate impermanence, the vanity of earthly pursuits and the transient nature of life. The Memento Mori, from the Latin meaning ‘remember death’, can been found in many traditions of art, represented by a human skull. Untitled (Memento Mori) was made in 2004 and was the first piece in a series of works exploring attempted representations of our own transience.

Inspired by Caravagio’s Medusa and Holbiens’ illusionary skull in The Ambassadors, Untitled (Memento Mori) explores the idea that death can never really be imagined or understood. Using the skull as a motif that appears and fades onto an object of beauty proposes the temporality of the very concept; as with life and death, beauty is time-bound and never truly captured or solidified in perpetuity.