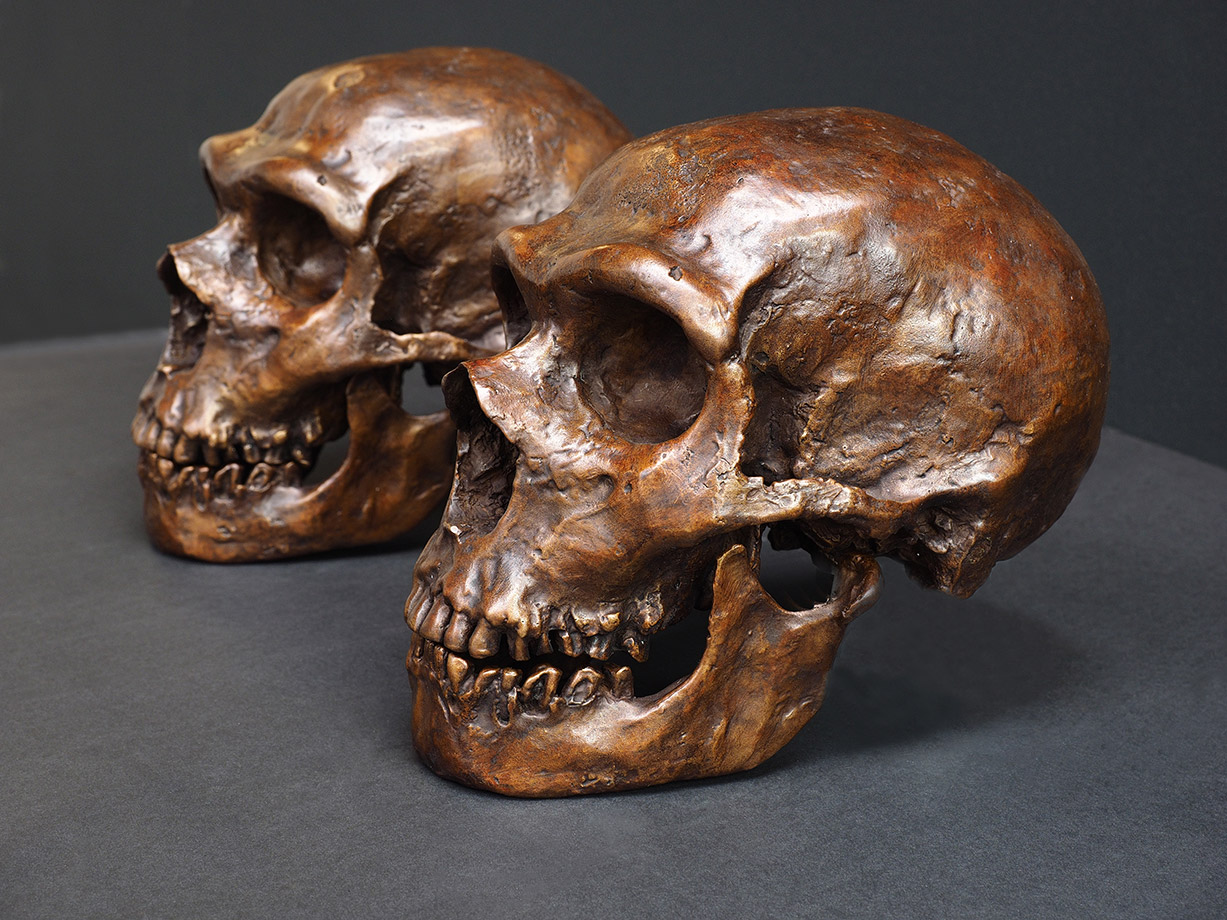 Scala Naturae is a set of bronze Neanderthal skulls, modelled by hand to give a sense of precise anatomical representation. In this work the Neanderthal skull becomes a Memento Mori connecting to the concept of a natural hierarchy.

The Scala Naturae, also known as The Great Chain of Being, is a conceptual method of categorising life on Earth, a hierarchical structure, claimed in medieval Christianity to have been decreed by God. The Latin term, scala naturae, (ladder of being) was discussed by Greek ancient philosophers such as Plato, Aristotle, Plotinus and Proclus. In various mystical traditions the chain of being is said to begin with God, progressing downward through ranks of angels, demons, heavenly bodies such as stars and the Moon, kings, princes, nobles, commoners, domesticated animals, wild animals, trees, other plants, precious stones, precious metals, and other minerals.

The concept of the Scala Naturae has remained in popular use. Homo sapiens are often considered at the top of a food chain, with god given dominium over other animals, as well as ownership of the environment they live within and of the wider natural world.